It is with joy and gratitude that we announce that Dara Institute is ranked the best NGO in Latin America and the 21st in the world by the Swiss publication NGO Advisor. It is the 9th consecutive time we are granted with this honor. 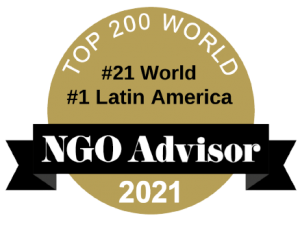 This global ranking assesses thousands of organizations and chooses the 200 best in the world based on criteria such as sustainability, innovation, transparency, governance, impact and results. And Dara Institute is ranked the 1st in Latin America and 21st in the world!

Throughout our 30 years of work, we have directly impacted the lives of more than 75 000 socially vulnerable people in Brazil and more than 1 000 000 indirectly in four continents. The Plano de Ação Familiar (PAF – Family Action Plan), a social technology created by Dara Institute, has been passed as a public policy in the city of Belo Horizonte, state of Minas Gerais, in Brazil.

Our impact is sustained over the years. A study by Georgetown University evidenced that the income of the assisted families has almost doubled and hospital readmissions fallen by 86% three to five years after they had concluded their program with us. 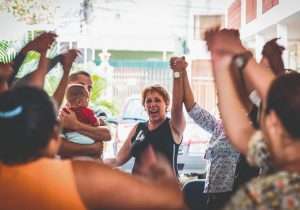 We would like to thank our donors, sponsors, volunteers, employees, board members and assisted families for all their support in our work in the fight against structural poverty.

We can fight poverty. And we know how to do it!