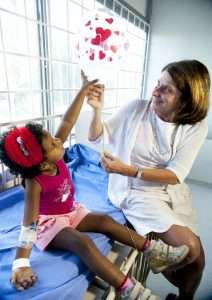 Dara Institute (former Saúde Criança Renascer) is a civil society organization that works to promote health and human development by implementing and fostering an integrated approach to fight poverty.

Pioneer in cross-sector work with social determinants of health in the world, the organization was founded in 1991 by Doctor Vera Cordeiro, alongside a group of professionals from Hospital da Lagoa, in Rio de Janeiro, Brazil.

Because poverty is multidimensional, Dara believes that the social transformation of vulnerable families is only possible when different areas of human development are addressed simultaneously and in an integrated manner. For this reason, Dara developed the social technology Plano de Ação Familiar (PAF – Family Action Plan), designed based on the needs of each family.

To implement their mission, the institute assists vulnerable families directly, fosters the knowledge on human development, works to influence public policies and the mobilization of the civil society.

For the 9th consecutive year, Dara was ranked the best NGO in Latin America and the 21st in the world by the Swiss publication NGO Advisor. Throughout our history, our organization has been awarded and acknowledged for our work and has directly impacted the lives of more than 75 000 socially vulnerable people in Brazil and more than 1 000 000 indirectly in four continents.

Throughout our history, the impact of Dara has been possible thanks to the work of more than 1600 volunteers, over 100 employees and a network of partnerships.

Dara is a name built over three decades and it is associated to the total transformation of thousands of families. The original mean of the word is “star” in Khmer, asian Sanskrit strengthened through centuries of memories and challenges. Under our present analysis, it is the light of a guiding star that brightens the acquired knowledge and safeguards a pioneering spirit determined to take a multidimensional approach.

The guiding star of Dara co-creates solutions and shares paths. It is a bidirectional way: on one side, the intense work of volunteers, employees, and contributors; on the other, the power of families that foster the movement.

Dara is warmth, bond, and affection. It is mothers, fathers, daughters, and sons. It is the Family Action Plan, a powerful tool for social inclusion of the poorest. It is the joint effort for creating self-suficiency to promote citizenship.

The five colours of its symbol translate the full concept of the programs related to health, habitation, entrepreneurship, citizenship, and education. They also reflect expansion of ideas, desire for innovation, and openess to embrace new connections.

The courage to change derives from the certainty that there are still constellations that can enlighten new paths of social transformation. Disseminate knowledge, multiply experiences, and convey good practices are part of our new moment. Saúde Criança is now Dara Institute.

Dara is light and knowledge.

Dara is action, transformation and impact.

Dara is health and human development.